One of the best known crafts in Mexico is the ‘alebrijes’, fantasy creations combined with the bodies of other animals in a mystical and colorful way. Some clear examples of these crafts can be seen in the Pixar film “Coco”. 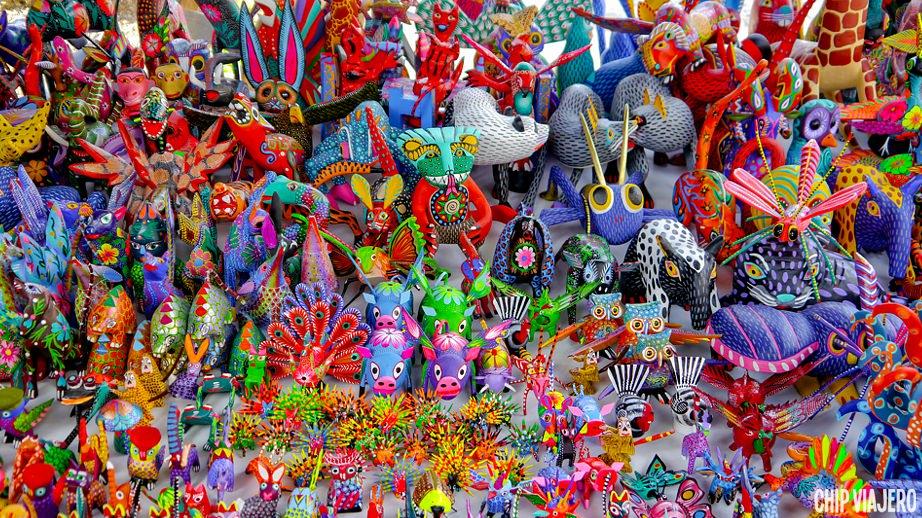 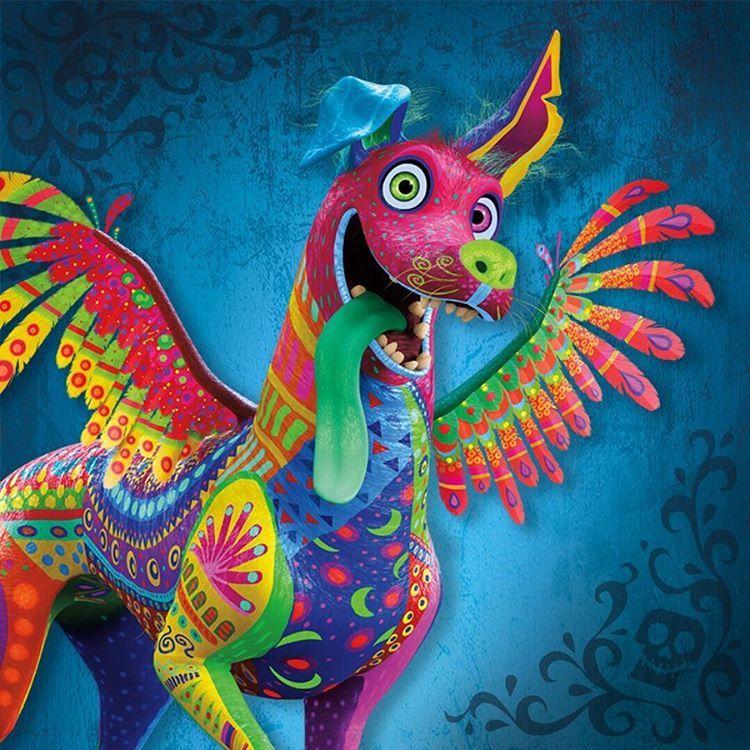 But who invented the alebrijes?

They were created amidst a very peculiar history. Its creator, Pedro Linares López, was born in 1906 and was a craftsman originally from Mexico City. He was dedicated to the creation of different objects with papier-mâché and paperboard; among these were piñatas and masks, for example. In 1936 at the age of 30 Pedro Linares contracted an illness that kept him prostrate on the verge of death. In this state he entered a deep sleep to which he entered a forest where he found different fantastic and colorful creatures which shouted the word “Alebrijes”. Pedro Linares claimed to see a donkey with wings, a rooster with bull horns, a lion with a dog’s head. In this dream he found a person who indicated the exit of this forest and told him that it was not his time to be there.

When Pedro Linares recovered from his illness he began to recreate these fantastic figures with the cartonry technique he already knew: to these sculptures he gave the name of Alebrijes as well as he had heard it in his dream. 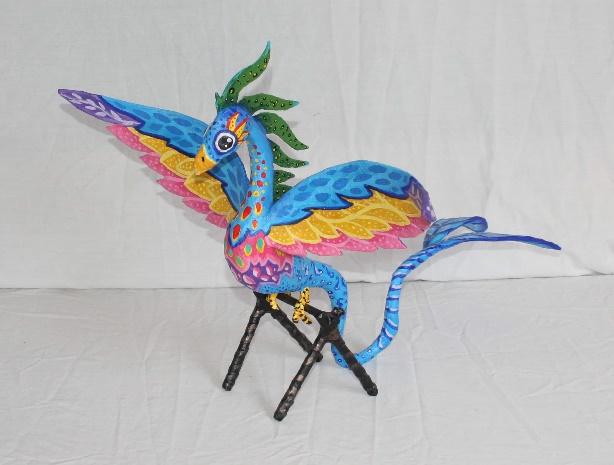 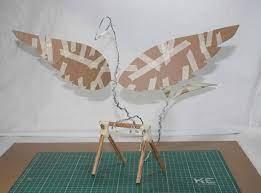 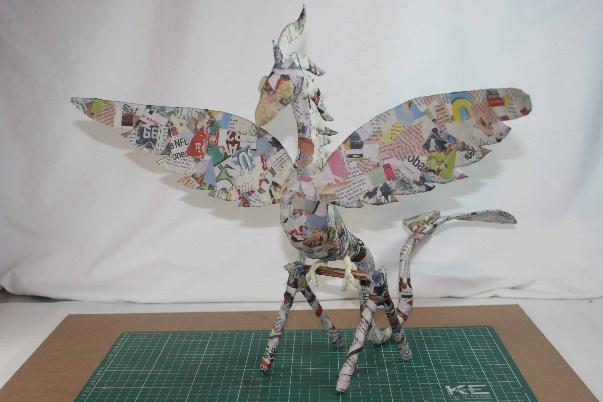 At first the alebrijes were not so successful, but little by little they began to gain popularity and other artisans began to imitate their creations. The filmmaker Judith Bronowski documented her work giving her national and international fame, and created a collection of alebrijes for the artists Frida Kahlo and Diego Rivera, which today is in the museum Anahuacalli in México city. 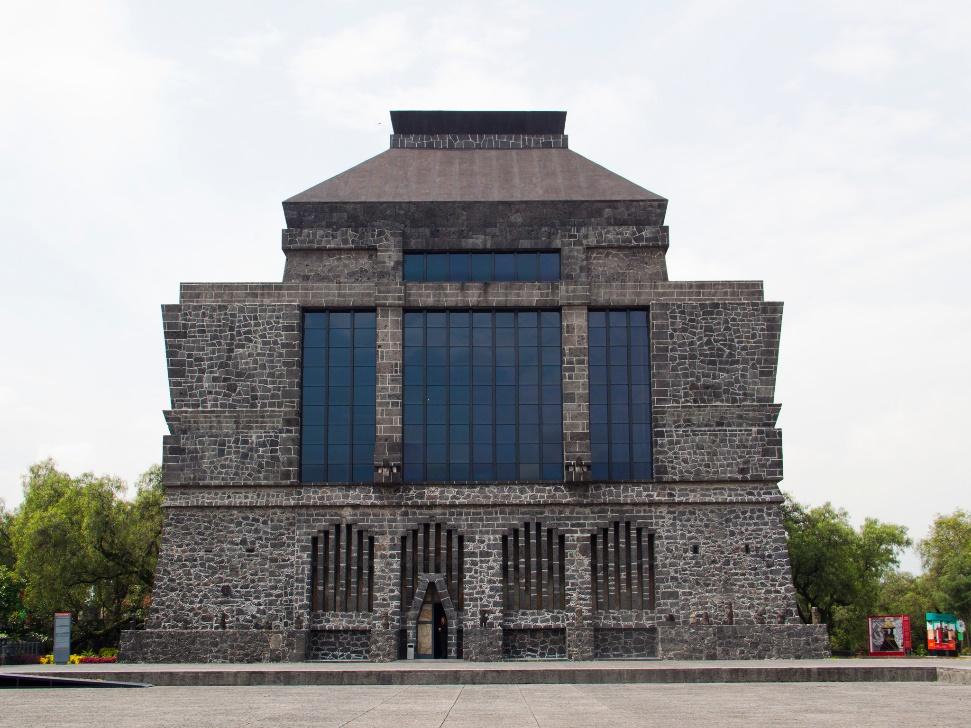 Pedro Linares won the prize of science and arts thanks to his artistic career in 1990 and died two years later at the age of 86. His family continues with the tradition of alebrijes, creating them to this day.

Many artisans in Mexico make alebrijes and each one is unique. Every detail is made by hand by its craftsman, changing the design, color and technique of its creation. It is not common to create the alebrijes in series or in molds like other crafts, so each alebrije is considered a true work of art.

Although the alebrijes have been created in the city of Mexico, Oaxaca is the place where this craft has reached its maximum splendor. In the tourist area of the capital of Oaxaca you can see various alebrijes and other crafts with the colorful style of the alebrijes. San Martin Tilcajete y San Antonio Arrazola are municipalities that are also called the ‘cradle of alebrijes’; this is because most of the inhabitants are dedicated to the creation carved in wood extracted from the copal tree.

The alebrijes have greatly influenced Mexican culture, and we can easily see them in some cities as sculptures or monuments, as well as in urban art, and there are also parades and exhibitions of these crafts. The alebrijes are declared as cultural heritage of Mexico City in 2019.

Alebrijes are considered good luck, and some people consider that monstrous-looking alebrijes help to scare off evil spirits from homes. There is also a belief in Zapoteca mythology that each human is born accompanied by an animal also called a “nahual” that guides and protects us throughout our lives.