Loyal throughout the centuries

Loyalty has always been a key feature of the Corps. Its heraldic motto, “Faithful through the Centuries“, was originally conceived by Captain Cenisio Fusi as a symbol for the medal commemorating the corps’s first 100 year anniversary. It became its official motto in May 1932, after a law granted Army corps and regiments the privilege of using heraldic mottos. As a direct result of that law, the first Carabineers coat of arms was created in 1935 and was eventually followed by four other versions, the most recent of which dates back to 2002. It incorporates all previously used elements to emphasize the Corps institutional continuity in history.

The Carabinieri, formally Arma dei Carabinieri (Arm of Carabineers), are the national gendarmerie of Italy who primarily carry out domestic policing duties. Inspired by the French Gendarmerie, the corps was created by King Victor Emmanuel I of Savoy with the aim of providing the Kingdom of Sardinia with a police corps. After French soldiers had occupied Turin at the end of the 18th century and later abandoned it to the Kingdom of Piedmont, the Royal Carabineers Corps was instituted under the Royal Patents of 13 July 1814.

The Italian unification saw that the number of divisions had increased, and on 24 January 1861 the Carabineers were appointed the “First Force” of the new national military organization. During the Fronte Italiano campaign of WWI, the role of the Carabineers was to act as barrier troops, setting up machine gun posts to control the rear of the attacking regiments and prevent desertion.

During World War II they fought in their function as military police against the Allied forces, and against Yugoslav partisans as part of the Italian occupation force in Yugoslavia.

After Mussolini was voted out of office on 25 July 1943, on the orders of the king he was arrested by the Carabineers as he left the king’s private residence in Rome and subsequently imprisoned on Campo Imperatore by Carabineers forces. After the armistice between Italy and the Allies on 3 September 1943 and the country’s split into the fascist Italian Social Republic in the north and the Kingdom of Italy in the south, the Carabineers split into two groups.

In southern Italy the Carabineers Command for Liberated Italy was founded in Bari, mobilizing new units for the Italian war of liberation. These units were attached to the Italian Liberation Corps and the six Italian Combat Groups of the Italian Co-Belligerent Army, fighting with the Allied forces. In northern Italy the fascist regime organized the Guardia Nazionale Repubblicana to employ it as a military police and rapid-deployment anti-guerilla force.

After the war the Carabineers counted at least 2,735 fallen and 6,500 wounded, out of approximately 14,000 who had joined the Resistance in northern and central Italy. One notable act of heroism in this era came from Vice Brigadier Salvo D’Acquisto, who was executed by the Germans in Palidoro (near Rome) during World War II. D’Acquisto exchanged his life for the lives of citizens due to be executed in retaliation for the killing of a German soldier; instead, he claimed responsibility and was executed for the offence.

After the Second World War there was an outburst of various forms of banditry concentrated above all on the islands, particularly in Sicily. The operations against the Giuliano Band became a real military campaign. In the following years the Carabineers Force continued in its quest against crime guaranteeing the safety and security of the population. As a testimony to this, an enduring fight against everyday crime, political eversion and mafia activities, common in the south of Italy, still continues today and has cost the Force many lives.

The Carabineers Museum situated in Rome and containing many artefacts, was founded with contributions made by all Italian Local Authorities as a testimony of their respect, gratitude and recognition of the Force. 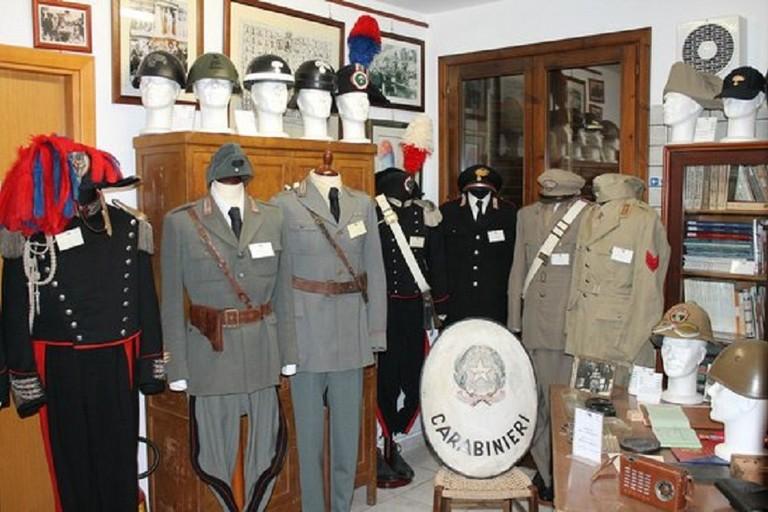 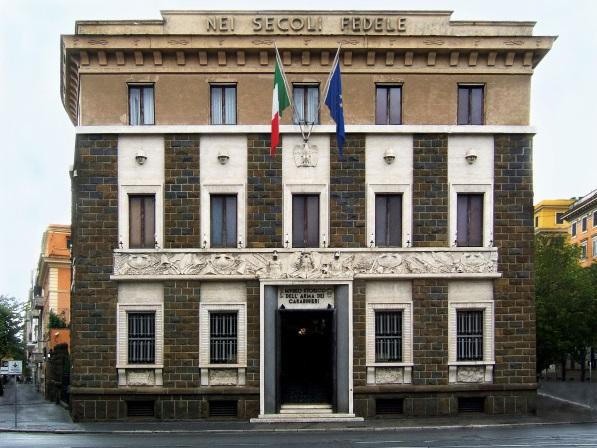