From various regions of Indonesia, which is very wide, has various kinds of traditions to welcome a very glorious month. This tradition was formed as a form of acculturation of local culture with Islamization, so each region has its own traditions.

As for some of these traditions, namely: 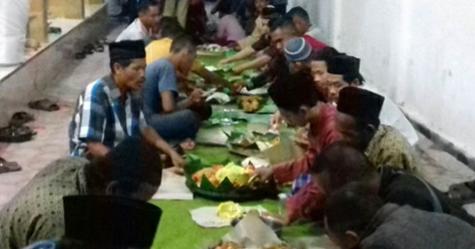 Mule tradition can be found in Central Java

The word mule comes from the Javanese language, namely “mulai” (start) which means starting to enter the month of Ramadhan.

This tradition has existed since ancient times and is still preserved today to welcome the coming of the month of Ramadhan, which is after Maghrib prayer. There is a group meal from the 15th of Sha’ban until one day before Ramadhan. In the village of Pagedangan Sembung, about 40 people, both adult men and children, attended.

Every day 2 people take turns bringing a lot of food in one container and the food is decorated nicely and contains Javanese specialties that are popular with the community.  The unique thing is that the people eat it on the floor and only use it with fresh banana leaves and eat it only with their hands, as they don’t use knife, fork etc,  the purpose of this tradition is:

• To welcome the holy month Ramadahan

• Strengthen the brotherhood between the community

The Grebeg Apem tradition in Jombang 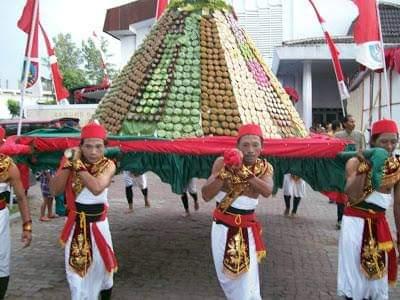 Quoted from jombang.tv, Gerebek Apem is a tradition of acculturation between Javanese and Islamic culture. Although it is not certain when this tradition began, every year, the Jombang Regency Government always holds a Gerebek Apem to welcome the holy month of Ramadhan. In this tradition, residents make 21 gunungan Apem which are then paraded into streets filled with residents. Apem has become a characteristic of the residents of Jombang which is a city of students. In Arabic it comes from the word “Afwan”  which means forgiveness. The purpose of this activity is:

• To welcome the holy month of Ramadhan

• Momentum as well as a symbol of apologizing to each other before fasting in Ramadhan. 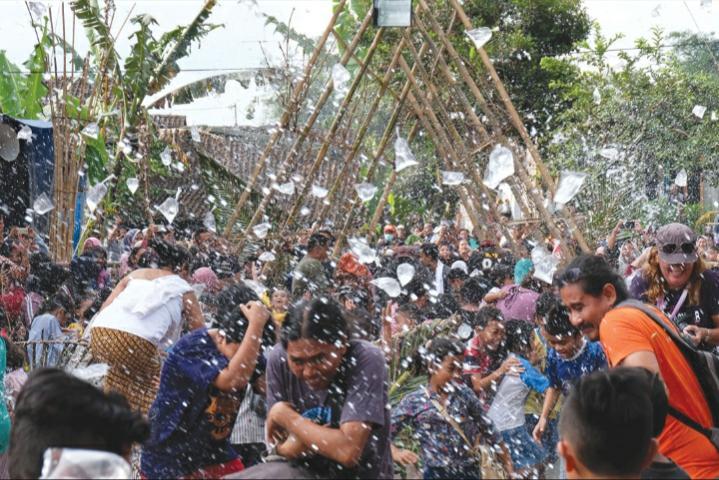 Bojong Banyu, which means sprinkling  water, is a positive tradition that has the aim of cleansing the soul of the heart so that in carrying out fasting worship in the holy month of Ramadhan, residents do not have feelings of hatred between others.

The event began with removing water from the spring dawung, then community leaders and residents took the water using Javanese customs and also carried a typical Javanese jug.

The water is then paraded into the field where it is the center for the water fight. Prior to that, a prayer was carried out led by a community leader.

After that the water wars were carried out by residents who had come to this tradition, attended by kids, adults, old people who came to do water wars in the middle of the field. When carrying out this tradition, happiness was seen in the eyes of all the residents of Dawung Village. And in the evening an art performance is held in the field.

The Mugeng Tradition in Aceh 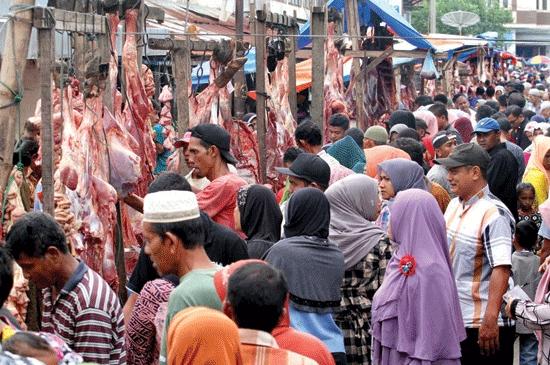 From the westernmost part of Indonesia has a tradition to welcome the month of Ramadhan called Mugeng. This tradition started from the leadership of Sultan Iskandar Muda in the 16th century, he was a king who really cared and loved his poor people.

In ancient times before Ramadhan Sultan Iskandar Muda gave Beef to the poor, but now with the development of this traditional era, it is now undergoing a slight shift. Namely, the rich give beef to the poor, and also every house buys beef to eat with family and relatives. This tradition has a purpose for: 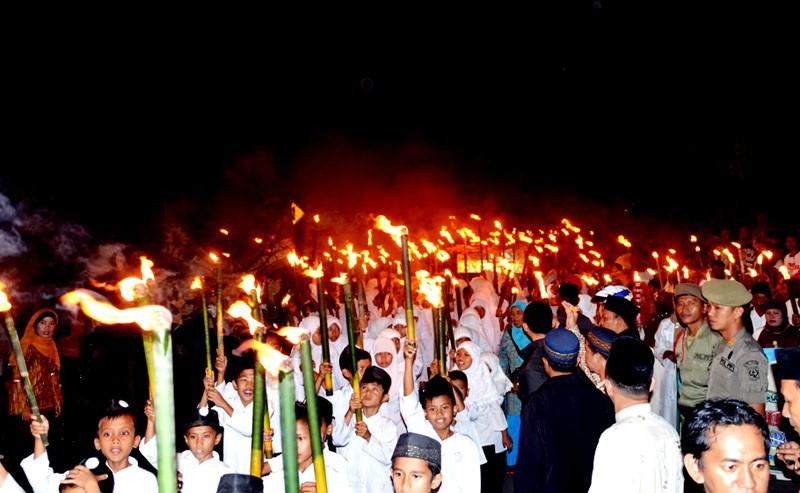 Thousands of Cirebon residents, every time before the holy month of Ramadhan, gather carrying traditional torches.

The people appear very enthusiastic, especially the children.  This event is carried out after the congregational prayer and prayer together so that our age will be extended until the holy month of Ramadhan and also prayer for health so that we can fast properly, then the community will hold a ceremony like Carnival through a route that is quite far and tiring. The torch looks like a glow that penetrates the dark night. The streets are filled with  many happy citizens. In this tradition there are also security guards to ensure the efficiency of the event. 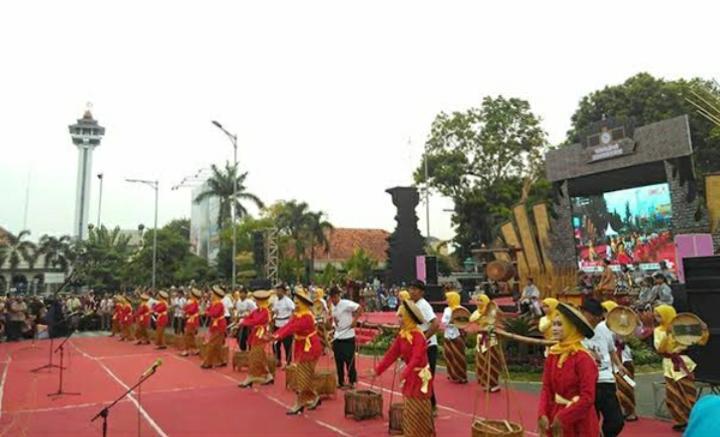 This tradition has existed since 450 years ago or since the arrival of the Sunan Kudus to  spread Islam to the Kudus people. This tradition is called Dhandangan which comes from the special sound of the Kudus drum.

At that time the people waited for the announcement of the arrival of the month of Ramadhan which was conveyed by the  Sunan Kudus and when the month of Ramadhan had arrived the drum sounded “dhang dhang dhang …” from which the name of this tradition came from. As for now, the Dhandangan tradition is enlivened by sharing interesting events, which are the acculturation of Islamic, Chinese, and Javanese cultures. This tradition has the aim of welcoming the holy month and also preserving the local culture. 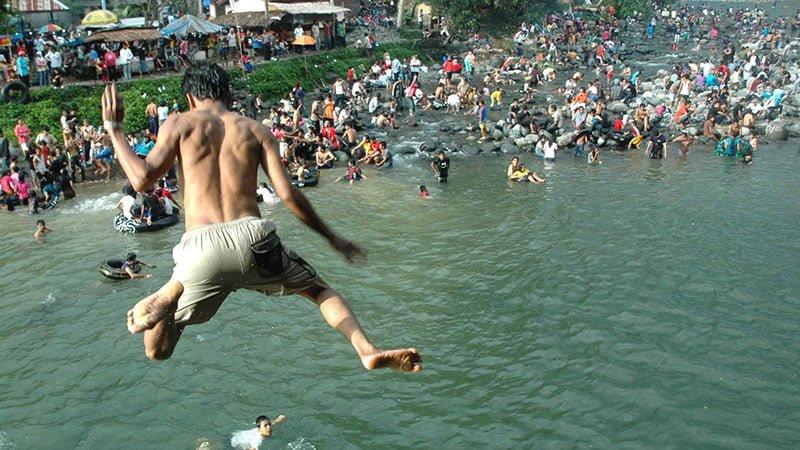 Judging from the name, this tradition means bathing using limau which means lime. Why use lime for bathing? Because in ancient times not everyone had soap for bathing, the Minangkabau people used lime for bathing. Usually the Minangkabau people visit the river or other bathing place to bathe together with the aim of cleaning themselves to welcome the coming of the month of Ramadhan. This tradition from West Sumatra has existed for centuries and has been passed down from generation to generation. 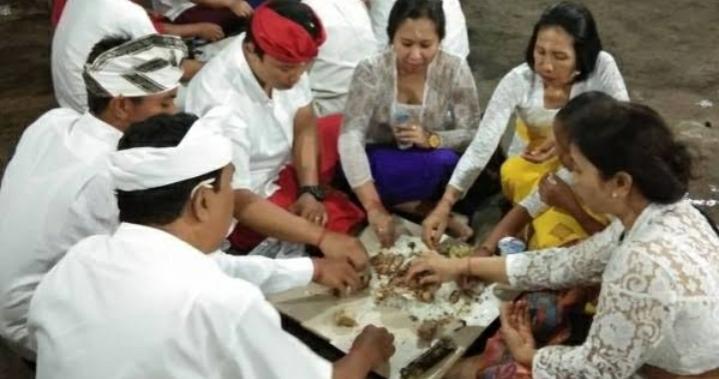 This tradition has little in common with the mule tradition in Central Java, which is to eat together and several groups of people are formed. They eat them sitting cross-legged and sitting in a circle and they talk to each other, one group of 4-8 people. 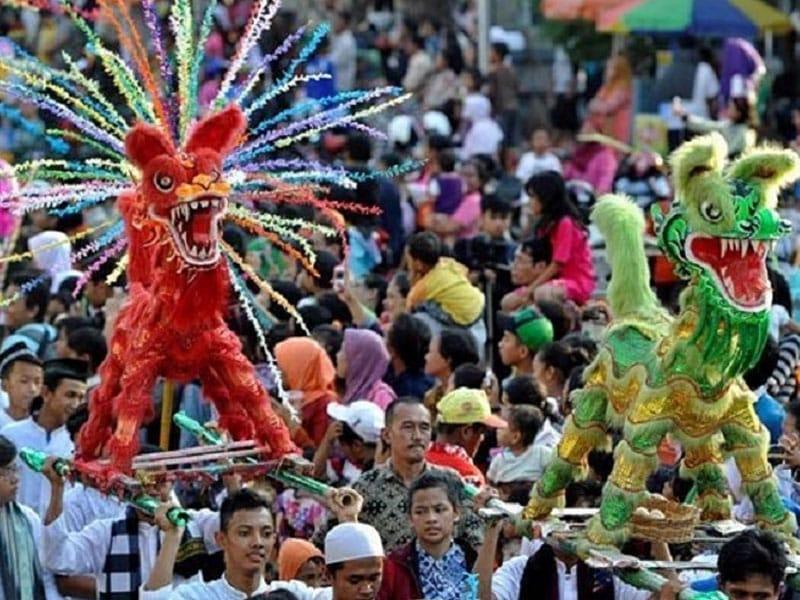 This tradition from Semarang is actually carried out during the determination and announcement of the beginning of fasting, because there are several differences in starting the starting date of fasting in various regions, now this tradition is also filled with performances such as dances, processions, and of course the drumming of Semarang’s typical drum.