Most of us want to keep up with the latest fashion trends and can go shopping to choose whatever we like. However, in post-USSR Russia, Western clothes were not easily accessible. With the USSR ceasing to exist in 1991, it meant that new and exciting fashion trends from overseas started seeping into Russia.

Young people were eager to dress like teens from the USA or Europe, but there was a slight problem; shops did not sell trendy clothes that featured in Western magazines. This meant fashion enthusiasts had to recreate every piece of clothing they wanted from looking at magazines.

One of the main emerging trends were jeans or t-shirts with branded logos. Some people sewed logos to elevate their pieces for a ‘cooler’ look, while others with relatives or friends living abroad would often ask for branded clothing items to be sent.

In mens fashion, there was a rising popularity of tracksuits, with brands such as Adidas becoming a fashion staple. Along with athleisure pieces gaining popularity, Russian men in the 90’s often gravitated towards raspberry-coloured jackets, making them a trendy statement piece in men’s fashion. 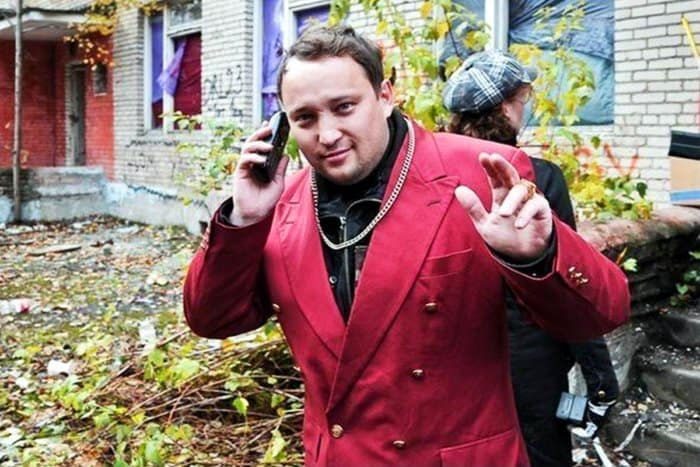 Russian men would also wear leather jackets. Brought in from abroad by diplomats, tourists, sailors and military advisors, these fashion pieces were highly sought after by male fashion-lovers.

When the weather got colder, Russian men would often boil their jeans for a certain aesthetic and often pair them with bologna jackets.

Women too kept up with major fashion trends, with many opting to wear voluminous silk shirts or dresses with floral prints. Russian fashionistas would also choose to wear headbands and corduroy trousers with a wide variety of colours. 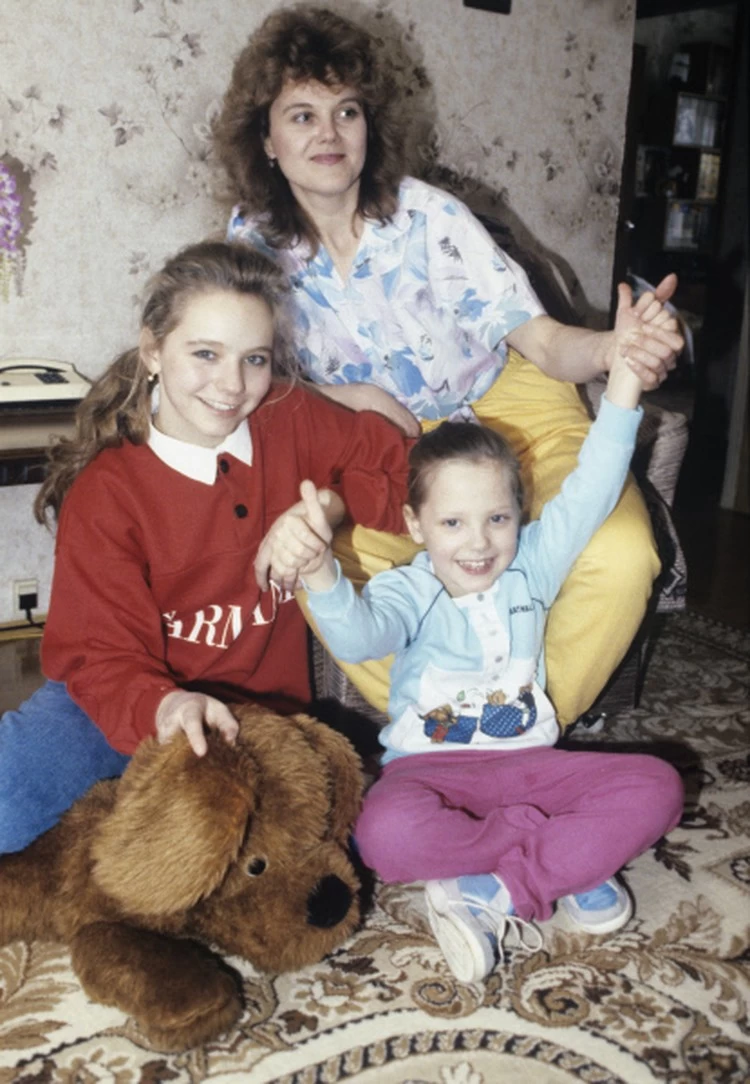 Additionally, bold colors were staples for 90’s fashion in Russia. Leggings of all colours were extremely popular, with colours such as acid green, lemon yellow, deep purple, bright pink and flamboyant blue making an appearance in almost every woman’s wardrobe. 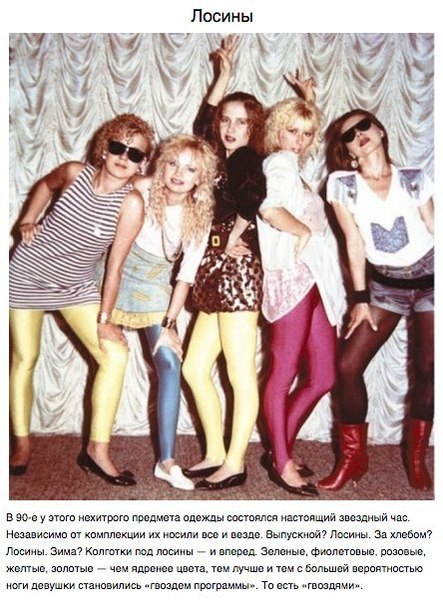 Moreover, young girls would often invest in short skirts and pair them with denim jackets or t-shirts, a trend which is even seen in contemporary fashion. 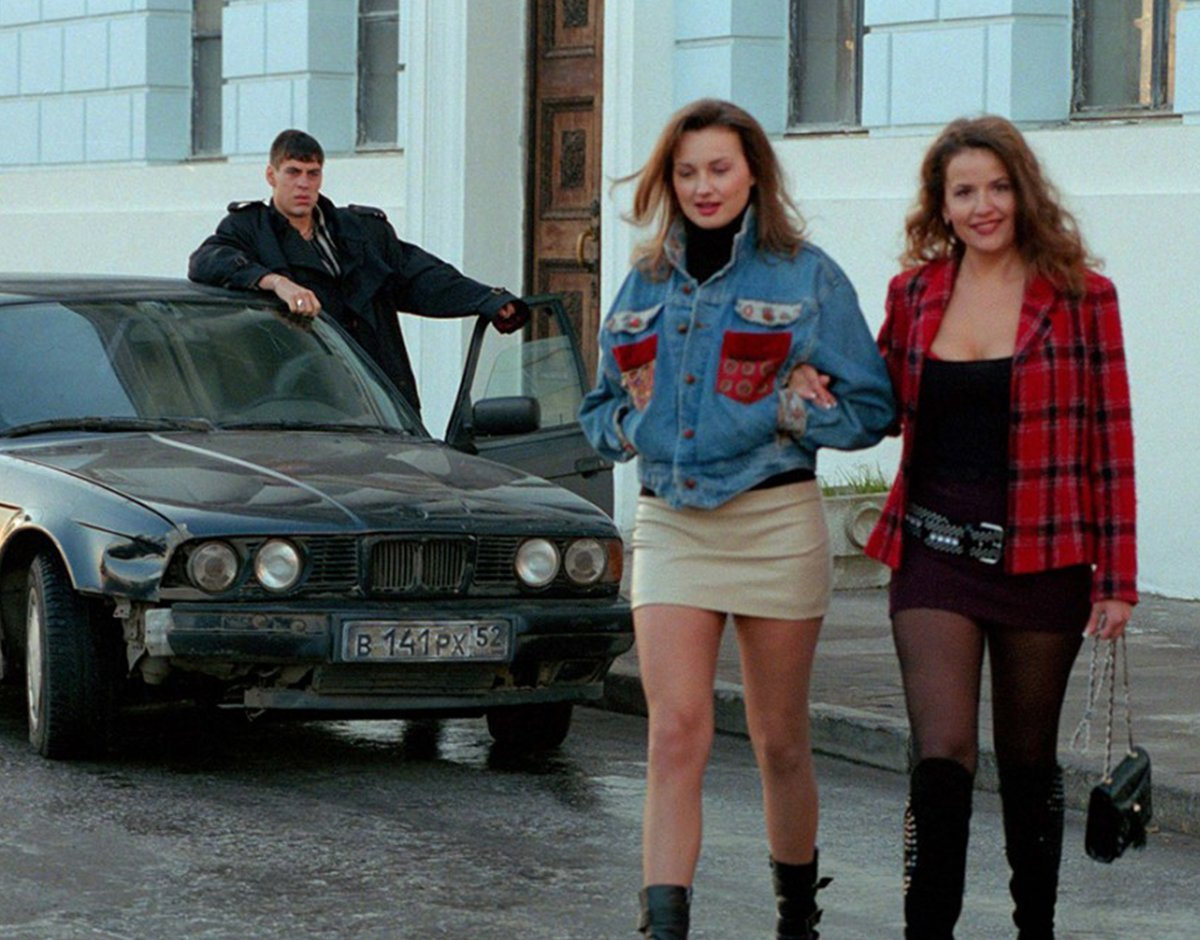 Russian fashion was also influenced by popular Western movies released in the 90’s such as “Titanic.” The movie essentially won the hearts of Russian teenagers. A beautiful and tragic story was instantly loved by the masses and was soon implemented into their fashion.

They started wearing graphic t-shirts with images of the main characters (often paired with short skirts by young girls).

In the 90’s, Russian women were majorly influenced by foreign cosmetics and immediately started to experiment with different looks and styles. Bright and saturated colors- which were a must have for all make-up lovers- skyrocketed to popularity. Women used highly pigmented green, blue and black eyeshadows, employing the principle; “the more the better.” Thinking that the brighter they were, the more fashionable they appeared. Lipsticks were often red, either bright or a very pale hue- but it was essential to line the lips with a darker colour to contrast.

They also experimented with different hairstyles. Taking inspiration from the American actress, Julia Roberts, women would try to increase the volume of their hair and make it ‘fluffier’. But experiments did not stop there. To look really stylish young fashion lovers dyed their hair purple, blue or green- and those who were afraid to experiment to such a degree with their hair used temporary hair dye that would only stain their hair until they next washed it. 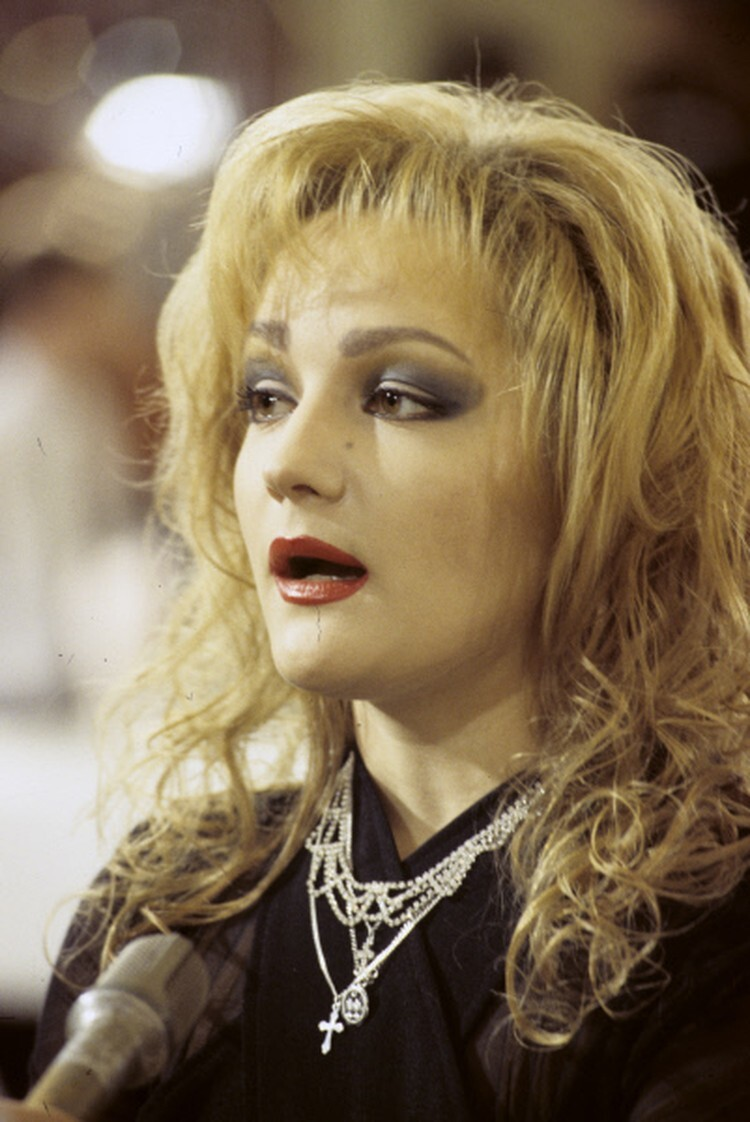