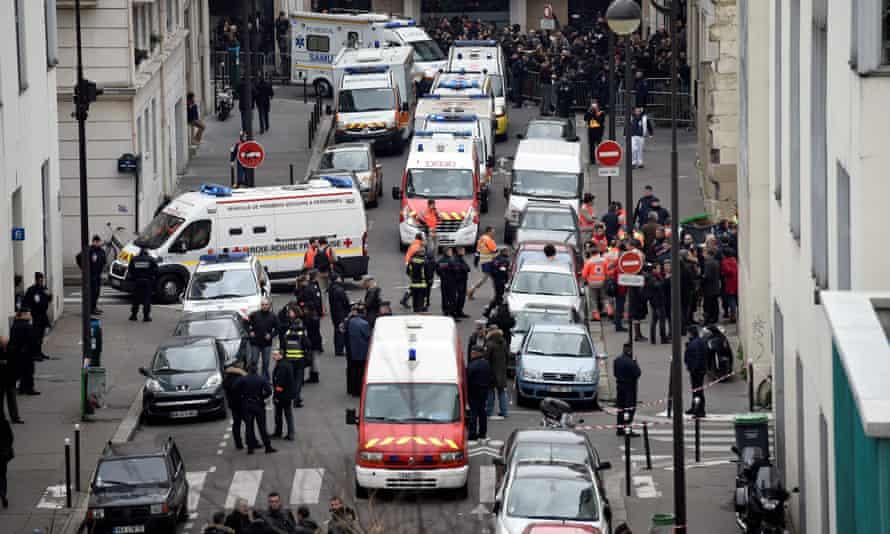 Wednesday 7 January 2015: I am 10 years old and as usual, I take advantage of a day without school by playing with my toys while glancing at the grey clouds that cover Paris during the winter. Christmas has just passed as well as new year’s day and the adults are getting back into a rhythm of work and paying bills while the problems of everyday life are starting to come to their minds. Meanwhile, unaware, I enjoy the closed and secure world of childhood.  My father comes home for lunch that day with my stepmother, to feed me, my sister and my little brother. I sense that something has changed in the atmosphere by the number of notifications their phones receive. Every minute a concert of bells and vibrations takes place in the living room of my flat. The adults’ faces are scrunched up and they seem completely absorbed in the information scrolling through their phones. They meet alone in the kitchen. I can hear from the tone of the conversation that they are no longer talking about when to go shopping or what’s missing from the fridge but about something important. They leave the kitchen and my father speaks: “There has been a terrorist attack in Paris. We’re going to turn on the TV.”

My step-mother looks very concerned and explains that those who were attacked were very famous cartoonists. Names start to come up on the TV: “Cabu, Wolinski, Tignous, Charb…” Each time the names of the victims are mentioned causes the adults’ faces to tighten a little more. Through the window, the noise of the cars so typical of Paris has stopped. We can only hear the distant wail of the emergency services’ sirens that cover the silence of the city of light. Suddenly, a video shot during the attack appears on the flat screen. It shows two hooded men shooting a policeman on the ground with Kalashnikovs.

We would later learn that this man was a childhood friend of my father’s, a policeman of the Muslim faith, a symbol of French-style assimilation. His name is Ahmed Merabet, and his sacrifice should enlighten us on the nature of the fight we are waging: it is not against Islam that we are fighting, as the identitarians would have us believe, but against a new fascism that hijacks entire sections of the Koran to sow hatred in our cities. To make an amalgam between these terrorists and Muslims would be an insult to the memory of Ahmed and all the Muslims who oppose obscurantism every day.

The voice on television then states the facts: at around 11.30 AM, brothers Said and Cherif Kouachi entered the building housing the offices of Charlie Hebdo in the 11th arrondissement, one of my favourites. They massacred 12 people, including eight members of the editorial staff. I ask my father why they did this, what led them to do this, he explains that Charlie Hebdo had republished and made new cartoons of the prophet. My father shows them to me and says: “it’s now the pen against the weapon of war.” 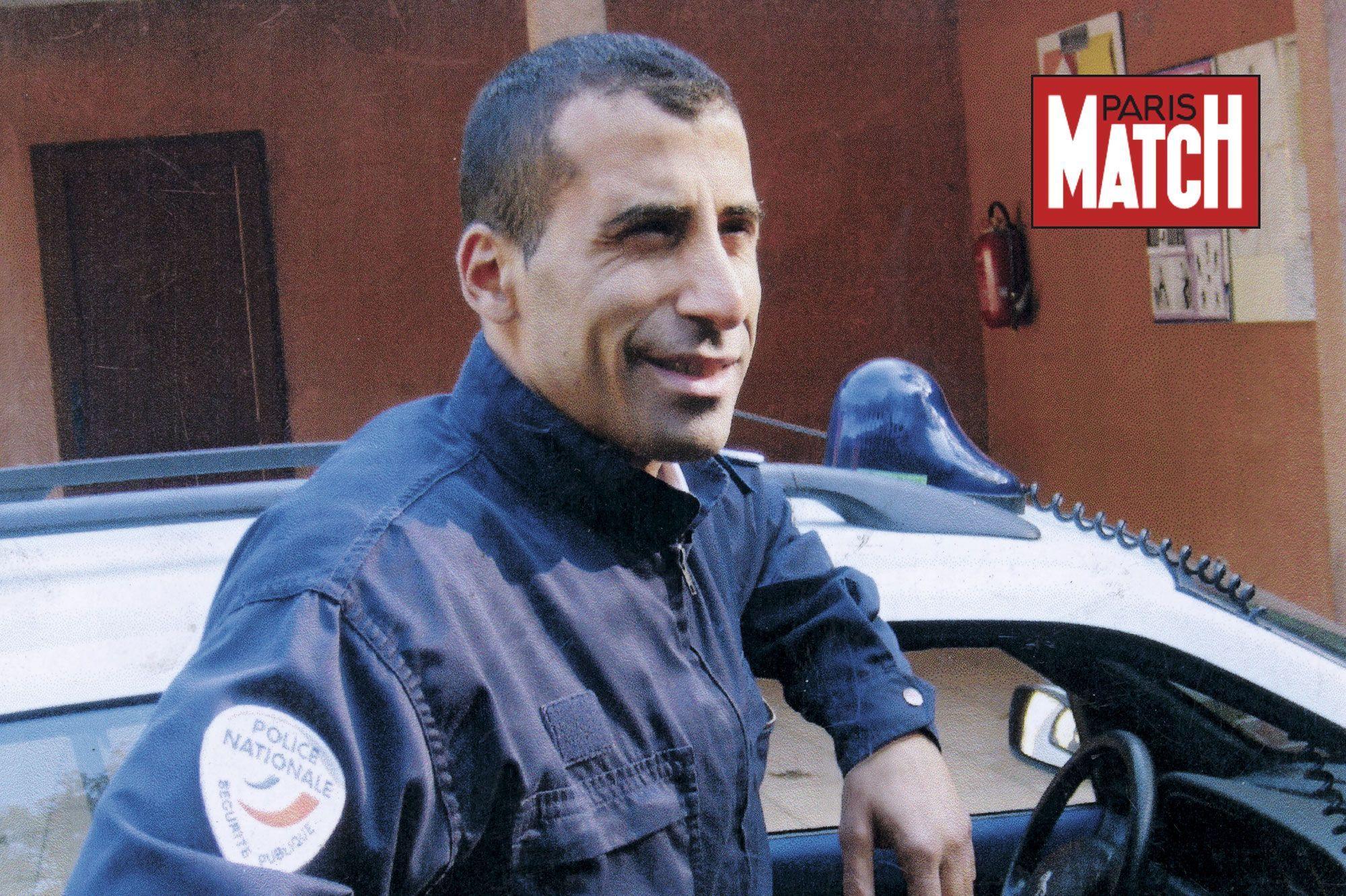 On television, a man called for a white march: “It is France that is being murdered,” he said, with tears in his eyes. My memories are hazy but I think I remember seeing a tear running down my father’s cheek. It was the first time I had seen adults cry. We’ll go to the white march,” says my father. The rest of the day is spent on the hunt for the terrorists. Then our president spoke: he seemed completely distraught. Contrary to his style, Hollande’s speech is vibrant. One sentence remains engraved in my memory: these men and women died for the idea they had of France, that is to say freedom. Freedom is on the pediment of all public buildings in France and is a sacred, untouchable value. The next day, we observe a minute’s silence at school, and some of us burst into tears. A boy keeps us up to date with the latest news on his phone. We learn that a policewoman has just been shot in Montrouge: it’s definitely not a good time to be a Parisian. The flags are at half-mast and the sirens no longer go off. In the evening, we talk about freedom of expression with my family. It’s the first time I’m no longer just an individual in my family but also a citizen.

Friday 9 January: I meet my friends at school, and the class is visibly tense. Around 1.30 pm, a rumour starts to circulate: there are terrorists not far from the school. The agitated supervisors refuse to deny the information and move between the headmaster’s office and the canteen. We are asked to go up to the classrooms with our teachers. Ours continues her lesson as normal until she receives a message. Her face deepens, she looks at us and says, “There is a hostage situation at Porte de Vincennes.” You should know that at the time, my school was less than 2km from the Porte de Vincennes. Children burst into tears and hid under the tables. Many had painted their hands with red or armed themselves with compasses and scissors to be able to face the terrorists. Childhood! For my part, I look anxiously at the helicopter flying low over the neighbourhood. I seem to see a gun sticking out of the cockpit. The deluge of sirens intensifies. As on Wednesday, the streets are just as silent. At 4.30 p.m., we are asked to evacuate the school in dribs and drabs, a brigade of gendarmes is watching the parents massed in front of the main door. My grandmother is waiting outside the door, with tears in her eyes. She takes my sister and me by the hand and pulls us towards her house, a 10-minute walk away. As we enter the house, she turns on the television. I read the letters HYPERCACHER on the front of the shop that the camera is filming. Police vans surround her. She says to me: “It’s 1940 all over again.” You have to know that she is a Polish Jew and that she escaped the Nazi barbarism. I see in her eyes all the horror that inhabits her mind. The Hypercacher at the Porte de Vincennes is a kosher food shop. She knew the owners and had been there two days earlier. That day, terror hit us at home. I hear on TV that Amedy Coulibaly, the man who shot a policewoman in Montrouge the day before and a friend of the Kouachi brothers, has just taken twenty people hostage and those very close to my house. I wonder if this is now our daily life, that we are going to be like those distant countries at war that we sometimes see on the news. My father comes to pick us up by car, he calms my grandmother down and tries to reassure her. In the grip of her old demons, she blames the whole Arab community. The amalgam is what these terrorists are trying to create, to divide our societies. That day, many French people fell into this trap. Can we blame them or look down on them? I don’t think so. Under the influence of emotion, Man becomes a child again, guided by fear and instinct. 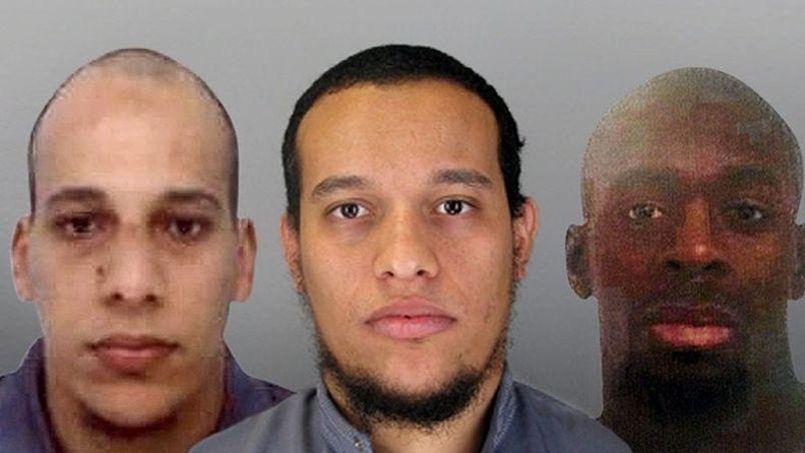 Let’s look at the reaction of the imam of the Great Mosque of Paris: he called on Muslims to stand together behind the Republic and not to make amalgams and to participate in the Republican march, organised on Sunday. My father drives us back, the streets are empty and on the radio,  we hear that the attack is going to be given. Suddenly, two detonations sweep the streets with their sound waves. My father accelerates the car and when he arrives home, he turns on the television. Images flash by: the terrorist has been shot. At the same time, the Kouachi brothers have been spotted in a village in the French countryside and are holed up in a print shop.

That day, Coulibaly and the Kouachi brothers were killed in the assault by the special forces. It was the end of a nightmare for the French people. Twelve people were killed by the Kouachi brothers and five by Coulibaly. The sirens became less and less frequent and all eyes were fixed on François Hollande. On Sunday 12 January, one of the most important events in France’s contemporary history was to take place, both for its symbolic significance and for its international impact. Three million French people and dozens of heads of state marched through Paris to honour our values and stand together. It was a day that made France what it is today. In short, I digress. 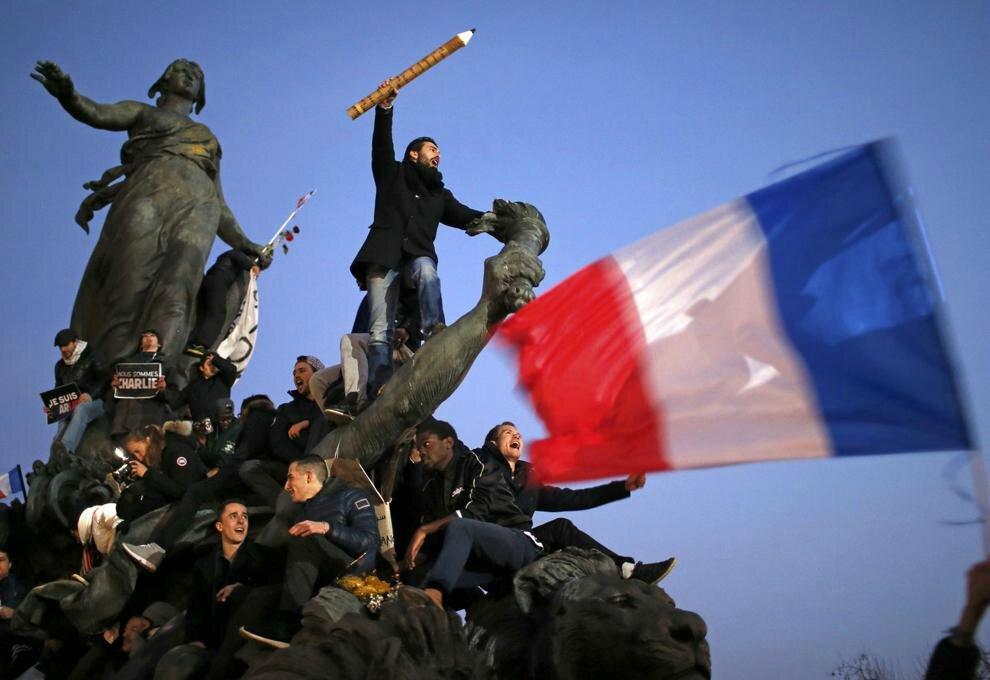 As someone I like very much would say, “You have the right to disagree with people, but you have to fight for their right to express themselves.”

Let’s end the article with a video that brings tears to my eyes every time I see it: