LGBT rights, even though widely accepted in the western world, are globally and sadly still not as self-evident as one would think. In fact in 71 countries homosexuality is illegal and many countries still don’t legally recognize transgender people. However we must not forget the enormous progress we have made in the last few decades. In this article we’ll take a closer look at the development of the LGBT movement and rights in Slovenia.

First mentions of LGBT date back to the 18th century, a time where homosexuality was illegal and anyone caught involved in homosexual relationships was prosecuted and sentenced to death. Despite cruel persecution, records of homosexual relationships continued, and even queer literature was created; in 1906 a poet Ljudmila Novak released a collection of love poems dedicated to Baroness Sonja.

In early age Yugoslavia, homosexuality was criminalized and LGBT people were still dehumanized and often targets of violence, if discovered.  It was in 1973, when the Croatian Medical Chamber finally removed homosexuality from the list of mental disorders. In 1974, a law professor at the University of Ljubljana, Ljubo Bavcon, urged the decriminalization of homosexuality as one of the members of the Commission for the Adoption of Criminal Law of the Socialist Republic of Slovenia. First federal subjects that decriminalized homosexuality were the Socialist Republics of Croatia, Slovenia, Montenegro and Socialist Autonomous Province of Vojvodina in 1977.

Slovenia was also the cradle of the first LGBT activism in Yugoslavia, as 6 day long festival of gay culture was organized in April 1984 in Ljubljana. In the same year, the first gay organization Magnus was founded in Ljubljana and in 1987 and the first lesbian organisation was founded LL (Lezbijska Lilit).

An important event in Slovenian LGBT history was also the protest of drinking mineral water in Cafe Galerija; On June 8, 2001 the warden of the bar in the Ljubljana City Gallery, which is owned by the City of Ljubljana, banned gay poets Brane Mozetič and Jean Paul Daoust from entering. He explained to them that “they should get used to the fact that the bar is no longer for ‘people like that’”. That outraged and brought the entire community together in an organized protest –  every Friday protesters would fill the bar ordering the cheapest drink on the menu – mineral water, and drinking it as slowly as possible to reduce the profit of the bar owner. The protest led to organizing the first ever Pride parade in Slovenia and is, thus, of great importance to Slovenian LGBT.  A ceremony and the symbolic drinking of mineral water is still held every year in the Ljubljana City Gallery to remember the first parade and to mark an organized action, protest, and consequently all the changes that occurred through the uprising and the work of LGBTIQ+ activists.

Even with LGBT activism on the rise, many rights were still denied to LGBT, and it wasn’t until 23 July 2006, when registered partnership for same-sex couples has been passed as legal, but even then with limited inheritance, social security and next-of-kin rights. In 2015, a bill was passed to equalize the rights of heterosexual couples to same-sex couples, but a referendum was held and the bill was rejected. The referendum was largely influenced by the church and intentionally spread misinformation and hatred. In 2016, the government introduced new anti-discrimination bill, which prohibits discrimination based on sexual orientation, gender identity, and gender expression. This of course doesn’t end violence and prejudice LGBT people face in everyday lives, but it is a step in the right direction. Same-sex partnerships now have all rights of marriage, except joint adoption and vitro fertilisation. Transgender people can legally change their gender, however the medical procedures are not entirely covered by insurances. 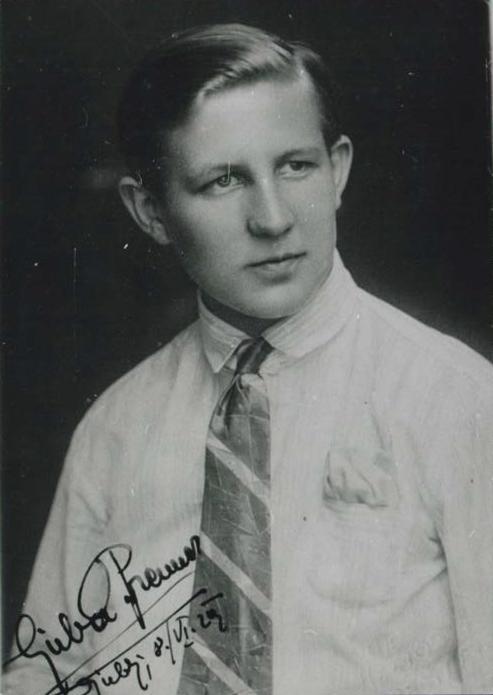 Ljuba Prenner (1906-1977) was a Slovenian writer and lawyer. He* was baptised as Amalija Marija Uršula but started calling himself Ljuba early in childhood. In high school, he got a short men’s haircut and started wearing men’s clothes. Because of his gender (presentation), he had to work a lot harder than his peers to pass and had to transfer high schools several times all while supporting himself, but he persisted and moved to Ljubljana to study law after graduating high school in Belgrade. He got his PhD in law in 1941, and started working with the National Liberation Front, saving Slovenian prisoners from Italian prisons and concentration camps based on a fake law he made up, until Germans caught him. He fought for justice his whole career and was very passionate about saving people from death sentences and staged trials. His progressive political views often clashed with authorities and he was banned from practising law for seven years, expelled from Slovenian Writers’ Society, banned from writing, and sentenced to a working camp for two years.

He was known for facing prejudice with a good sense of humor. His legal assistant recounted a story of him entering the office on the first day of work in a new legal firm with a batch of kremna rezina cakes, saying, “I’m Dr. Ljuba Prenner, not a man nor a woman and I brought you cakes so that you can treat yourselves.” (from lgbtbalkans tumblr)

Ljudmila Poljanec was a Slovenian poet and playwright. After  finishing her studies of Slavistics, Germanic Studies and pedagogics in Vienna, she wrote for the well known slovenian monthly newspaper Ljubljanski zvon and wrote several pieces for other newspapers as well. In 1906 she published a collection of poems, Poezije. Her lyrical poems are full of melancholia and wistfulness, expressed through images of folk poetry. A section of the book is dedicated to Baroness Sonja, a Russian baroness whom she met travelling around the Adriatic coast. In the poems she artfully describes her love and admiration for her. When she later showed the book to a colleague and renowed writer Simon Gregorčič, who was appalled at the lesbian themes in the poems. 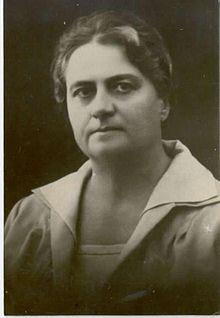