A) I use the term “women of colour” despite using British English throughout, in order to best reflect the language used by Ruby Hamad herself.

B) In order not to remove myself from a sense of responsibility, I have chosen to use first-person plural when referring to white women, but this is not meant to suggest solidarity with toxic beliefs/behaviours. 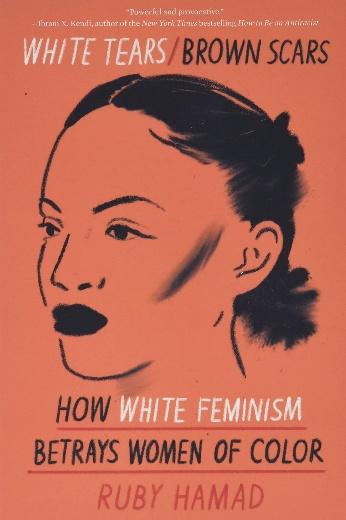 In order to understand my analysis and discussion of Ruby Hamad’s powerfully challenging book, “White Tears Brown Scars: How White Feminism Betrays Women of Colour”, I’d like to offer some context of my own identity and experience. I am a young white feminist, and no doubt on occasion, those destructive tears are mine. Growing up in Newham, racial diversity was never unusual to me, in fact in the 2001 census, just a few years before I was born, it was one of only two London boroughs that had more than 50% of its population identifying as a member of Black and Minority Ethnic groups. Following the 2011 census, it was recorded that only 28.4% of Newham residents identify as white, making it the least white populated of all 309 English districts. Therefore, I am the majority race, yet a minority in my communities. My race allows me to undeniably benefit from systematic discriminatory policies and prejudices, and yet individually I have always been other. Conversely, having attended an all-girls primary, secondary and sixth form, my gender has left me at a systematic disadvantage, but the individual majority, as my academic community enables my femininity to empower me, and inspires my strong feminist ethos.

Hamad discusses the weaponisation of sympathy, using both historical and contemporary references as evidence that when white women cry, those “tears were not a sign of weakness: they were a reminder of her relative power”. Hamad continues to refer back to this point all through the book as she explains how, when accused of racism, white women often manipulate the situation by shifting blame onto the accuser (generally a person of colour) in an attempt to control the narrative. Unsurprisingly, “the reductive archetypes governing the representation of women of colour also kick into play”, as once the white damsel is in distress, they are no longer seen to be the victim, instead the fault is then reflected back onto the person of colour. As Hamad carefully points out, this then perpetuates the stereotypes of women of colour as “bossy” “aggressive” and “hostile”  (Hamad, 2020), when they are in fact often those experiencing this hostile aggression.

So does the control of white men force the hands of the white women as we project our own oppression onto women of colour? In short, no. While it is true that the easiest way for white women to reclaim the allusion of some power is to reinforce the idea of white superiority, in doing so, we forever limit this power we yearn for, as we avoid challenging the idea of male superiority altogether. Moreover, in the mist of this white power struggle, it is women of colour, who are most affected and least considered. As long as white women continue to emphasise the value of whiteness in order to maintain the facade of at least some dominion, white women are fulfilling the role “to keep white society stable”. However, in choosing to become oppressor rather than challenge our own oppression, the status of women of colour is given no room to improve.

While western society, as an abstract concept, is often blamed for the construction of the idea that the white woman is the epitome of true womanhood, the responsibility of the perpetuation of this, lies in white women. Throughout history, the white woman has been presented as virtuous beyond the realms of women of colour. Both through media and politics the white woman has been awarded the benefit of the doubt through the assumption of innocence, while people of colour (in this case both men and women) have been awarded no such credit. Hamad discusses in some detail the concept and consequences of the representation of white women as the ‘damsel in distress’, an image which resonated strongly with my own experience in the world. By its very nature, the innocent portrayal of white women forces a sinful/corrupt depiction of women of colour. Hamad successfully illuminates the devastating consequences of this depiction through hyperbolic stereotypes of non-western women, drawing particular attention to the contrast between “white damsels”, “bad arabs” and “angry sapphires”. As long as the demonisation of women of colour continues, inclusive Feminism is wholly unfeasible, as it encourages the prioritisation of the comfort of white women over the progression of the rights of women of colour.

The necessary confrontation of white women, both for not doing enough to help combat this narrative, and in part, for actively encouraging it, allowed me a unique opportunity to reflect more deeply upon my own passive experiences and active behaviours surrounding this issue. Despite my awareness that I am often compared to the people of colour I surround myself with, whether that be in interracial romantic relationships, friendships or within my wider familial relationships (I am a member of a complex blended family containing multiple racial/ethnic identities), I regret to admit that my active involvement in combating this, is limited at best. I spend an above average amount of time considering issues with arise at the intersection of my race and gender, no doubt. I read to inform myself, question to develop myself, but I placate my white guilt without true enough action. In cases where I do take on a more active role, such as through join committees devoted to equalities issues, I find myself hiding behind the fear of the white saviour complex. Though I do recognise the undue harm that this can cause, I balance that concern with the suggestion that I use this as an excuse to limit my activism. By my own admission, I struggle to balance the anger that as a woman I’ll likely earn 15.4% less than my male counterpart, and the shame that my Pakistani peers will earn almost 40% less than I will, yet I am readily content to accept defeat as if there is nothing I could do to change it, when in fact it is my very responsibility. I write this article, as no kind of expert, nor someone who pretends to be, but as a white woman making a feeble, but hopeful attempt at action.

From slavery, colonisation, and imperialism to contemporary battles of gender inequality, Hamad highlights the struggles of women of colour in navigating the duality of their oppression, as they are abandoned by white Feminism. She insists that in working towards a more inclusive Feminism, the complexity of the experiences of women of colour must not only be acknowledged but actively combated. In this way, intersectional Feminism must highlight the voices of those who experience this overlapping oppression in order to fully appreciate the depths of the consequential inequities and discriminations. The very issues Feminism aims to combat – such as gender-based violence, workplace and medical discrimination, and as is particularly poignant currently, climate based natural disasters – overwhelmingly impact marginalised women. As the impacts of these issues are not uniform, they cannot be combated with any singular perspective. However, Hamad argues that this is not an unforeseen flaw but that the purpose of white Feminism was never to ensure the equality of men and women in the first place, rather it “seeks to ensure white women join white men” at the top of the social hierarchy. Hamad’s conclusion that white Feminism ultimately only serves white men, offers brutally powerful motivation for all women to work to expand Feminism to include not only a variety of racial perspectives but wider aspects of intersectionality including ability, class and sexuality. 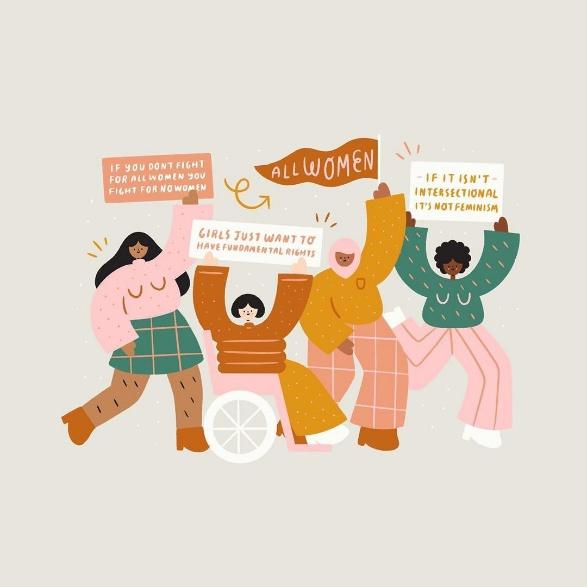 I leave you not with my own thoughts, but Hamad’s powerful declaration, “White women can dry their tears and join us, or they can continue on the path of the damsel – a path that leads not towards the light of liberation but only into the dead end of the colonial past.”